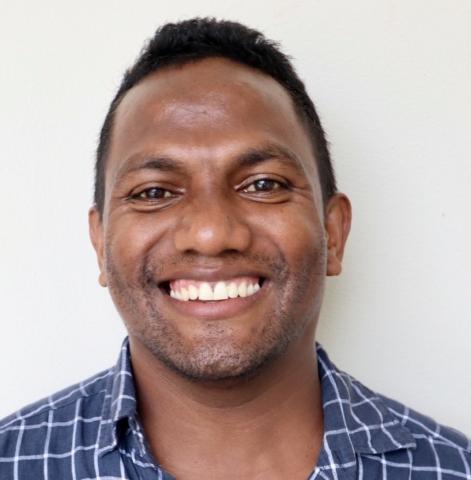 East Timor (also known as Timor Leste) is located in southeast Asia and has a population of about 1.1 million people. It is an independent nation located on the eastern half of Timor Island. East Timor was colonised by Portugal and Indonesia, and only became independent 20 May 2002, - a very young country and not especially well known compared to the rest of the world.

Our CAN member from East Timor - Januario Dos Santos Da Silva – goes by his nickname “Anary”. His hometown is Alieu – about an hour south of the capital city Dili. Currently, he is studying public health at the University in Dili and expects to graduate this year. He also works as a frontline health worker at Maluk Timor, an NGO that provides hands-on assistance at government-run primary health clinics throughout the region. In collaboration with the Timorese Ministry of Health, Maluk Timor focuses on treatment and prevention of rheumatic heart disease, childhood malnutrition, complications in pregnancy and childbirth, tuberculosis and other infectious diseases – all conditions that disproportionately impact vulnerable populations.

It was through this work that Anary became involved with visiting health workers from Australia. He was selected to go for RHD training in Adelaide where he became certified in echocardiography. Now he works as a health educator and as well as a frontline health worker; he travels from the main office in Dili to outlying clinics to maintain a registry that aims to keep RHD patients in care and compliant with their penicillin prophylaxis.

Access to health care – basic primary care as well as specialty care - is very difficult in Timor as the young government focuses on building and strengthening their capacity. Ainary stresses that it is better to prevent than to cure and he sees his work as a community health educator and BPG compliance worker as the best way to stop RHD in East Timor.

Anary says, “I enjoy my work a lot. It’s very interesting because I have come to know and understand how ARF/RHD affects the kids and the young people. Sometimes they died because of RHD, which is not good… I feel the work I am doing is really important. With the work we are doing - providing BPG, education and training - it’s really helped affected communities and raised their awareness of ARF/RHD.”

Anary was highly recommended by his co-workers as someone who would passionately serve the interests global RHD community with his work as a member of our CAN.