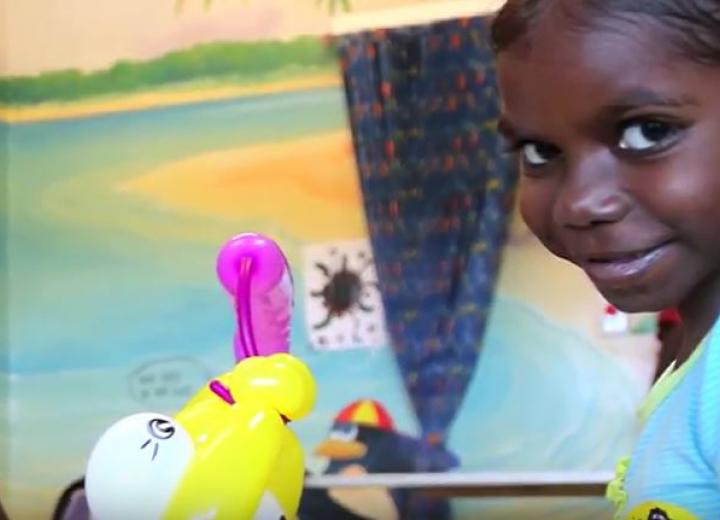 Why are Aboriginal children still dying from rheumatic heart disease?

This article is the second in our three-part series on blinding, deafening and sometimes deadly conditions in Indigenous Australian children that have little to no impact on their non-Indigenous counterparts.

It seems far-fetched to think a sore throat or skin sore could take a lasting toll on your health, leading to heart failure and premature death. But this is the reality for many Indigenous children and young people in Australia’s most vulnerable communities.

For these young people, what we might consider a relatively harmless infection with streptococcus bacteria, in the throat or on the skin, can be the start of a tragic pathway towards life-threatening rheumatic heart disease (RHD).

Yet this pathway is completely avoidable; indeed in mainstream Australia, it is usually avoided. Today, most doctors in major Australian cities will not see a case of acute rheumatic fever, the precursor to RHD. Only around 50 years ago, though, children’s hospital wards were full of children with the two conditions.

The reality is different for Indigenous people. Young Indigenous Australians in the Northern Territory are up to 122 times more likely to have rheumatic heart disease than their non-Indigenous counterparts.

Rheumatic heart disease is responsible for the highest gap in life expectancy between Indigenous and non-Indigenous Australians; higher than diabetes or kidney failure.

So why is the condition still prevalent among Indigenous Australians?

From sore throat to heart disease

Infection by the Group A Streptococcus bacterium can manifest as either a strep throat or impetigo, commonly known as skin sores.

When fighting a strep infection, around 3% to 6% of people develop an abnormal response which leads to the body’s immune system attacking its own tissues. This happens due to a combination of bacterial, genetic and environmental factors and results in acute rheumatic fever. Symptoms include sore joints, fevers and inflammation of heart valves – which is the most damaging.

Heart valves are like doors in the heart that allow blood to move in one direction only. When they are damaged, the valves allow blood to leak in the wrong direction. This reduces the heart’s ability to pump blood effectively and ultimately leads to heart failure, stroke and sometimes early death.

Heart valves are like doors in the heart that allow blood to move in one direction only. from shutterstock.com

The pathway to rheumatic heart disease and its complications can be stopped at various points along the way. Acute rheumatic fever can be prevented if the original strep infection is accurately diagnosed and promptly treated with the antibiotic penicillin. But even if acute rheumatic fever occurs, it is not too late to intervene.

After even just a single episode of acute rheumatic fever, young people need monthly injections of penicillin for at least a decade, often longer. This protects them from further strep infections, subsequent episodes of rheumatic fever and further damage to the heart valves. Although this strategy works, it requires painful injections that need to be given on time, every month, for at least a decade.

In addition to these injections, people with rheumatic fever require long-term check-ups. If they have rheumatic heart disease, they require life-long clinical review, regular heart scans and long-term medication to treat heart failure or heart-rhythm abnormalities.

If the heart-valve damage is severe, surgery may be needed to repair or even replace the valve. This can only be done in major hospitals, often thousands of kilometres away from where the person lives. Surgery can be life-saving, although it doesn’t cure rheumatic heart disease.

RHD in Australia and the world

Rheumatic heart disease was common until the 1960s in wealthy populations, including major Australian cities.

Since then, improved living standards in high-income countries have reduced the transmission of the bacterial infection. A combination of less crowded housing, improved sanitation and better access to health services also resulted in a dramatic decrease in the incidence of acute rheumatic fever and resultant heart disease.

Penicillin has also had an added impact, both in preventing initial episodes of rheumatic fever by treating sore throat, and in preventing recurrences that enable slow disease progression.

The above are critical elements of the Endgame Strategy, currently under development by the END RHD Centre of Research Excellence. See www.rhdaustralia.org.au The Conversation, CC BY-ND

Over the last few decades, however, an uncontrolled epidemic of rheumatic heart disease has been uncovered in developing countries and our own Indigenous populations, especially those living in rural and remote areas of northern and central Australia.

Today, rheumatic heart disease affects more than 32 million people worldwide and claims more than 275,000 lives each year. Almost all cases occur in low and middle-income countries, with the greatest burden being among some of the most disadvantaged populations.

Particular hotspots include sub-Saharan Africa, parts of South Asia and the South Pacific. However, the highest rates of rheumatic heart disease are in Australia.

This article was originally published on The Conversation. Read the original article.