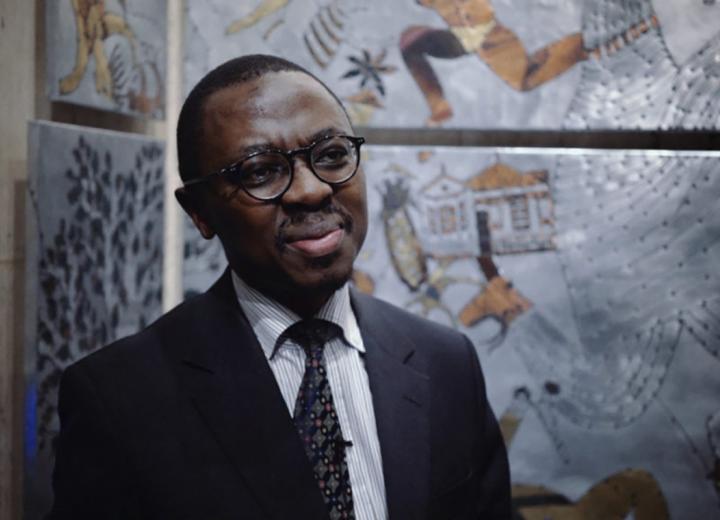 It is with immense sadness that we announce the passing of Professor Bongani Mayosi on July 27 2018.

Prof. Mayosi was an inspiration to many and a great leader in work that reached across boundaries and touched people across continents, a great friend, who always found time to share in the lives of those around him and a great mentor, whose support and counsel led us to aspire for and achieve what was not thought possible.

He studied at what is now the Nelson Mandela School of Medicine at the University of KwaZulu-Natal, where he first met his dermatologist wife, Professor Nonhlanhla Khumalo. After stints at Livingstone Hospital in Port Elizabeth and then as a registrar in Cape Town in the mid-1990s, Prof. Mayosi accepted a fellowship at Oxford University in the UK where he completed his PhD –whilst there his interest in cardiomyopathy and rheumatic heart disease developed deciding to focus on a research-focused career in the field of cardiology, in particular cardiovascular diseases of the poor.

Upon returning to Cape Town in 2001, Prof. Mayosi assumed research, teaching and clinical responsibilities in internal medicine and cardiology at the University of Cape Town and Groote Schuur Hospital. In 2006, at the age of 38, Prof. Mayosi was made the youngest Professor and head of the Department of Medicine at Groote Schuur Hospital and the University of Cape Town.

In 2009 he was awarded his country’s highest honour, the Order of Mapungubwe (Silver) for his contribution to medicine and dedication to improving the health of people in developing countries. In 2016 Bongani was appointed Dean of the Faculty of Health Sciences at the University of Cape Town.

Amongst his many other achievements he was a member of the Academy of Science of South Africa, a former President of the College of Physicians of South Africa, and Immediate Past President of the Pan-African Society of Cardiology and Chairman of the South African National Health Research Committee. In 2016 he was recognised as an A-rated National Research Foundation researcher and in 2017 was elected to the National Academy of Medicine in the United States, becoming the only African on the highly prestigious list, considered one of the highest honours in the fields of health and medicine.

He was highly regarded for his work in a range of fields with his research interests spanning genetics of cardiovascular traits, treatment of tuberculous pericarditis, epidemiology of heart failure in Africa and the prevention of rheumatic fever and rheumatic heart disease.

A man above all men, who believed in lifting as you rise and that ideas are far more important than money, Bongani cared about every part of those he mentored, asking about family and home before the subject of work. He believed to his core that he could be better, do more and serve more deeply. His loss to South Africa, Africa, Cardiovascular Diseases of poverty, and his family and friends is unfathomable.

Prof. Mayosi will be missed deeply by everyone who had the pleasure and fortune to cross his path.