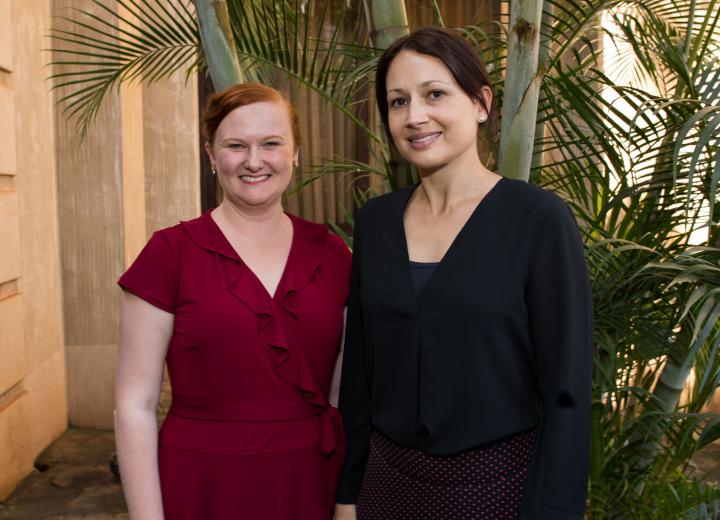 After three years as Deputy Director of RhEACH, Dr Rosemary Wyber is moving into a new role as the Head of Strategy for END RHD in Australia. As the inaugural RhEACH Deputy Director, Rosemary has been instrumental in establishing the work of RhEACH and the broader RHD Action initiative, including driving key activities such as the development of TIPs. Having recently completed her family medicine training in Australian Indigenous populations, Rosemary is now turning her attention to the eradication of RHD among these high burden groups. Rosemary will remain engaged with RhEACH as Senior Technical Advisor, with a focus on the upcoming revision of TIPs and benzathine pencillin G.

Taking over the role of Deputy Director of RhEACH is Dr Sophie La Vincente, who has been the RhEACH Senior Technical Advisor since May 2017. Previously based in Australia she has relocated to Geneva and is hosted at the World Heart Federation offices. Sophie has a background in epidemiology, monitoring and evaluation, and project management. She moved into the RhEACH Deputy Director role in August 2017, becoming the primary contact for RhEACH enquiries and opportunities.

RhEACH is a technical support and policy translation initiative to amplify rheumatic heart disease control efforts locally, regionally and globally. We aim to identify, describe and disseminate solutions for this neglected disease and to reduce burden on vulnerable populations around the world. As a collaborative organization, we partner with a broad range of stakeholders – including clinicians, other disease communities, academics, funders, governments, industry and people living with RHD – to achieve our common goals. RhEACH is a founding partner of RHD Action.