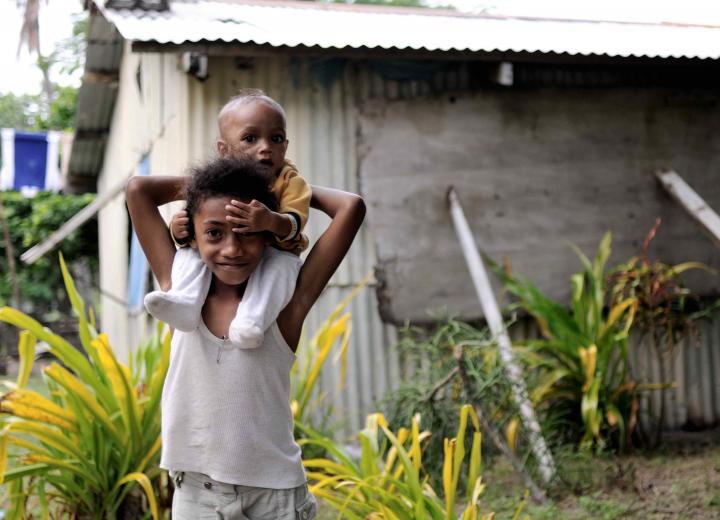 On Wednesday 11 October, RHD Action – a global initiative that unites the rheumatic heart disease community – will welcome Ministry of Health representatives from countries across the Western Pacific to the Rheumatic Heart Disease Reception.

Intended to raise awareness of this preventable disease, the event will take place alongside the 68th Regional Meeting of the Western Pacific Region of the World Health Organization, where governments will discuss the region’s most pressing public health issues.

Rheumatic heart disease (RHD) is a disease that primarily affects women, children and young people, and it remains a major health issue in low- and middle-income countries in the Western Pacific Region, as well as in Indigenous communities in Australia and New Zealand. Although effective methods to diagnose and manage RHD exist, vital health services are often inaccessible to people in greatest need.

‘Oceania has the world’s highest burden of RHD, and we know that the disease is under-documented in other parts of the region’, states Professor Jonathan Carapetis, Director of the Telethon Kids Institute and Co-Director of RhEACH. ‘RHD is a cause of premature death and disability, often for young people living in poverty.’

This regional event also has global significance: the RHD Reception takes place ahead of discussions on an RHD Resolution at the World Health Assembly in Geneva in May 2018, representing the first time that governments will come together to discuss a global policy to combat this preventable disease.

Mr Jeremiah Mwangi, Director of Policy and Advocacy at the World Heart Federation, underlines the importance of the reception. ‘This is a critical time to tackle RHD before a discussion at the highest level of the World Health Organization next year. Sharing the experiences from Australia, New Zealand, the Pacific Islands and the rest of the Western Pacific will be critical to global dialogue’.

Among those addressing delegates at the RHD Reception will be Ms Buli Wainiqolo from the Republic of Fiji, who lives with rheumatic heart disease and recently featured in a national multi- media campaign to raise awareness about rheumatic fever. She says: ‘I am looking forward to sharing my story with decision makers in this region and learning more about RHD in Australia and other countries’.

Aboriginal and Torres Strait Islander Australians live with a high burden of RHD, the leading cause of cardiovascular inequality in this country. Professor Carapetis reflects: ‘this event is an important opportunity to share knowledge between nations, including work underway to end RHD in Australia’.